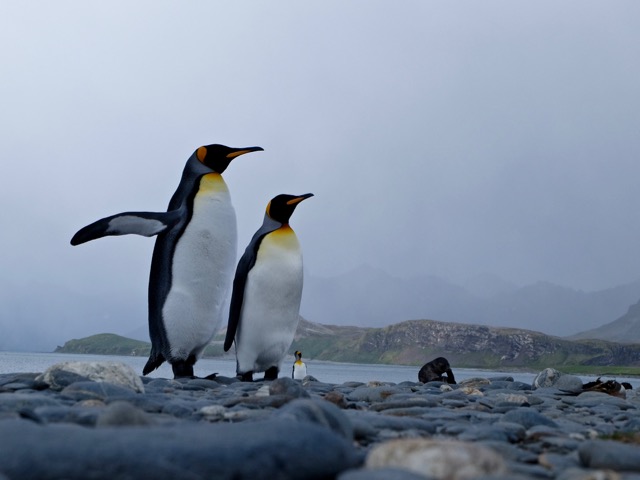 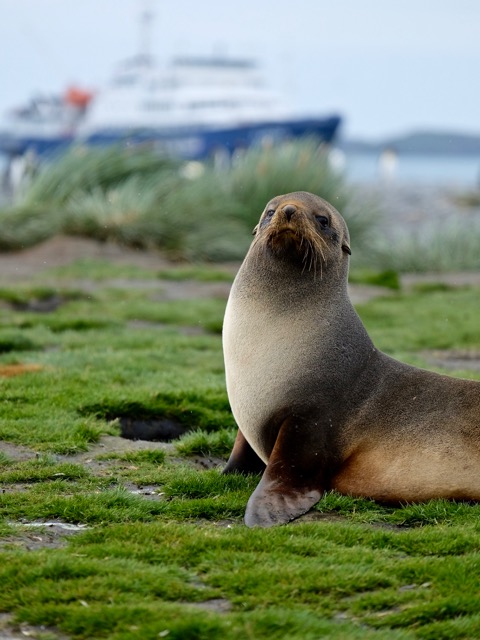 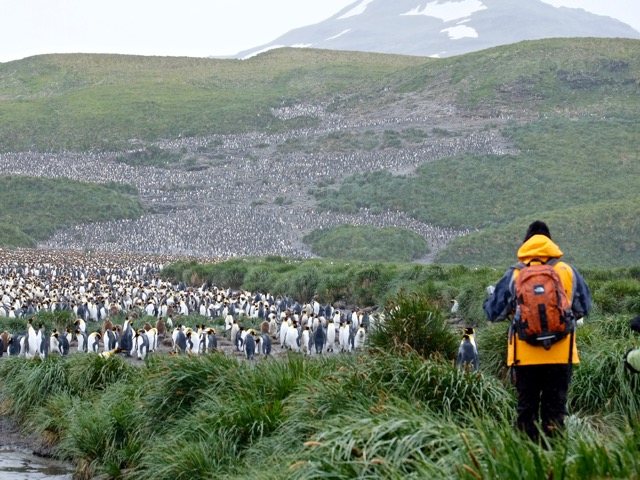 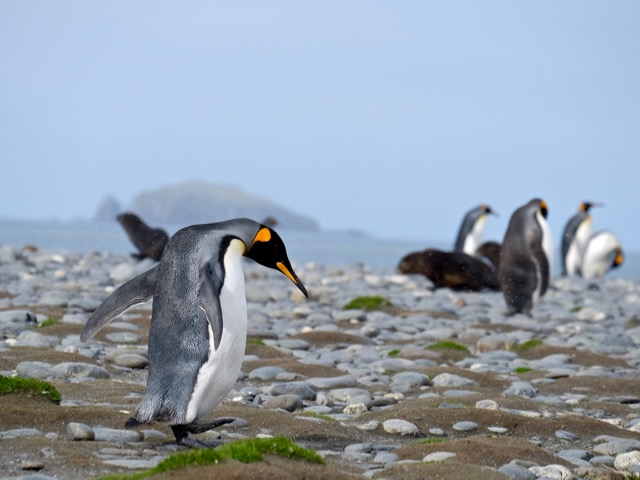 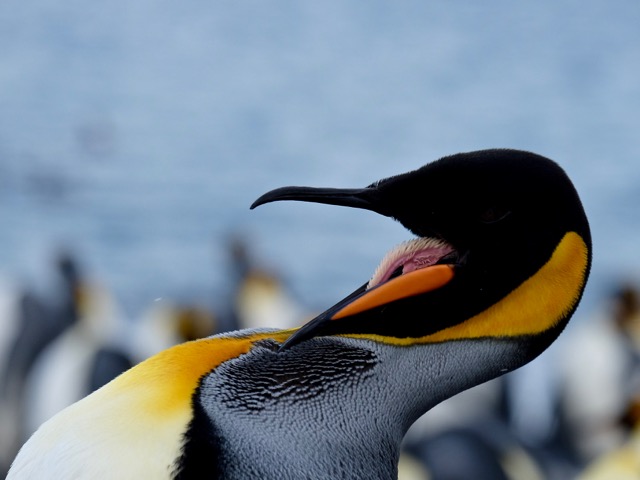 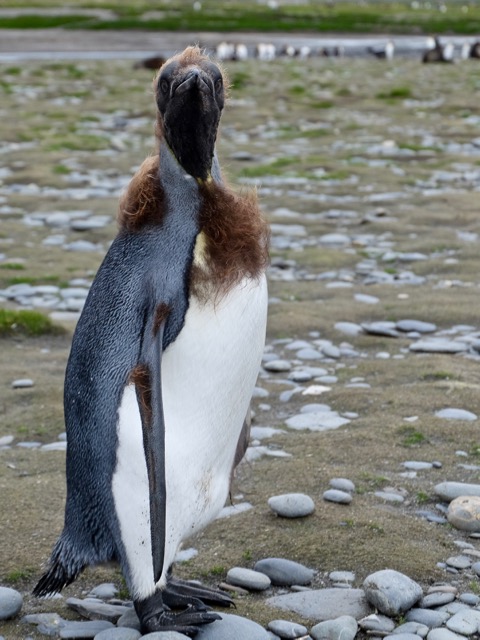 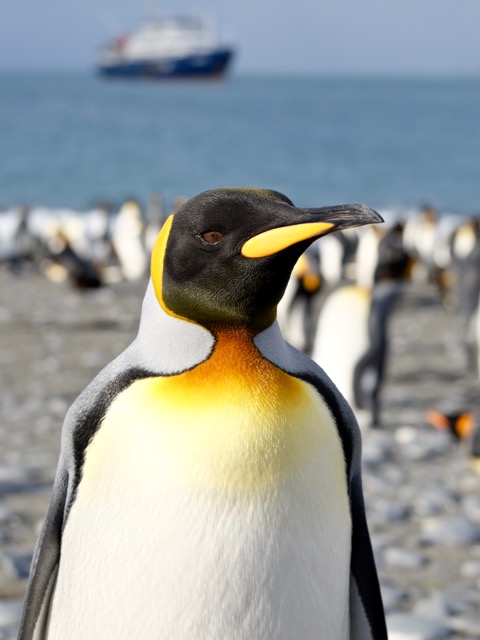 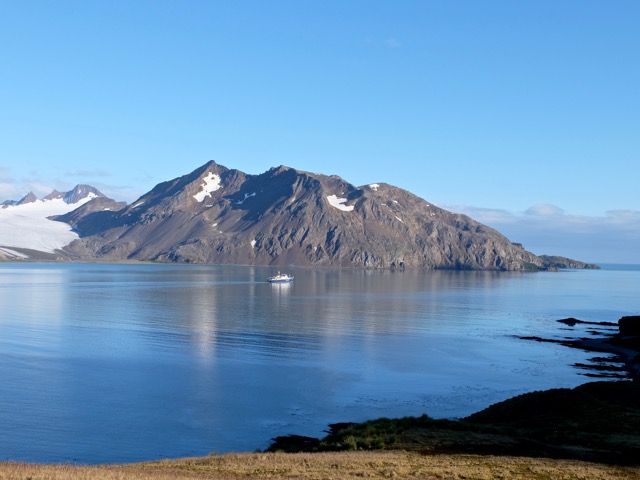 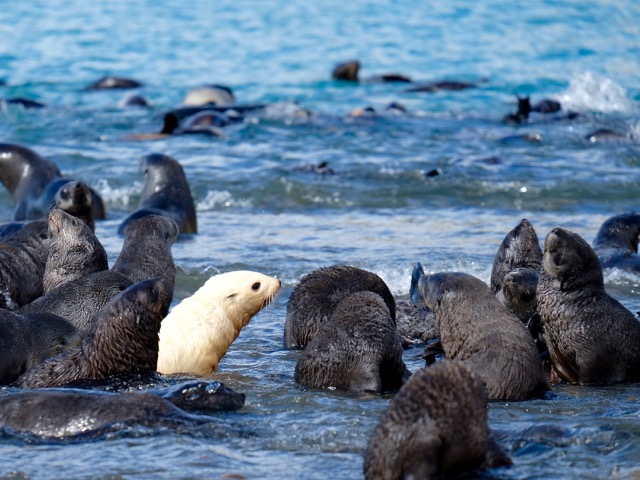 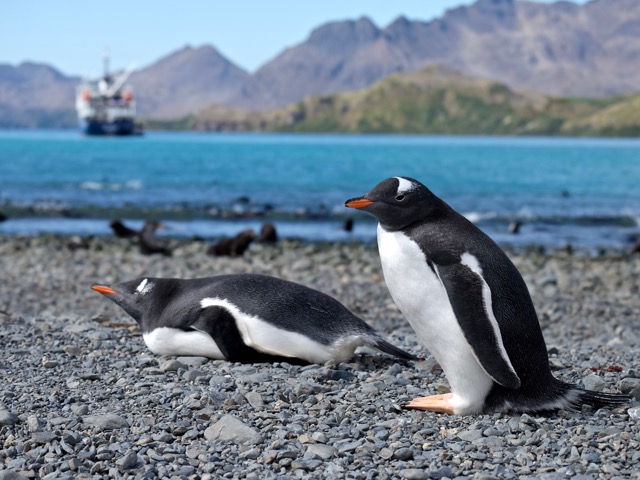 After leaving The Falklands, we spent two days rocking and rolling at sea on our way to South Georgia. The decks were closed due to the rough weather, although the bridge wings remained open for bit of birdwatching. We saw albatross, petrels, terns and an awful lot of water.

With stern reminders from the crew, that one hand is always for the ship, life on board became a little more challenging. Walking, eating and sleeping whilst rocking and rolling is no easy feat, never mind showering! One hand for the shower, one hand to wash, of course. One hand to eat, the other to hold on or catch the flying crockery, cutlery and glasses. We had a lot of whoops and wows at dinner time. I am extremely grateful that my ‘sea legs’ were fully functional. Watching the waves breaking over the bow and crashing against the windows reminded me of just how small we are and how powerful Mother Nature can be.

After two and a half days at sea, and being entertained with a variety of informative talks by the expedition team, we spotted land again. South Georgia, the Galapagos of the South! Whales and dolphins started making their appearance again.

Our first landing was at Salisbury Plain, the second largest king penguin rookery on South Georgia. And we were not disappointed. Penguins as far as the eye could see, in the water, on the shore, up the hill and back across the plain towards the glacier. Words fail me. This was such a unique sight to behold. All shapes and sizes, loud and smelly too. Not only penguins greeted us, but also the Antarctic fur seals. What a warm welcome to South Georgia!

The next morning we had an early start, with coffee and freshly baked pastries, before being dropped off at Fortuna Bay to walk the last part of Shackleton’s hike over to Stromness. We were blessed with the best weather in days as we set off on our 6 kilometre hike following in Shackleton’s footsteps up, over and down the shale on the other side. It was my first hike in rubber boots, and although I was nervous about leaving my hiking boots back on the ship, the Muck Boots truly surprised me. The crew were right, they had a super grip and were extremely comfy.

Walking down the moraine to Stromness, a deserted whaling station, we spotted a lot of Antarctic fur seals romping and playing in the water. A rare white fur seal pup stood out amongst the others. Only about one in a thousand are pale blonde. King and gentoo penguins were hanging out on the pebble beach. In the distance, some elephant seals were lazing around the abandoned buildings. The old whaling station was out of bounds, but the remnants of a sad era gone by were evident. Buildings, machinery and whale bones lay scattered about.

Next stop Grytviken, the settlement on South Georgia.

Photo walk is an opportunity to take a walk with me through my ‘photo’ eyes. Share more of my daily photo moments and follow along on Instagram here.